Home » About » Joining the Transformers Team 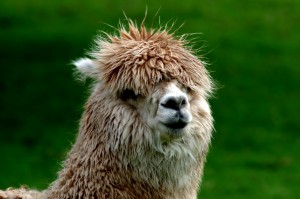 “We aim to make God’s Good News known to young people in the context of an enjoyable and stimulating holiday exploring computing, electronics and multimedia. We aim to do this in a way that encourages their continuing spiritual, intellectual and emotional growth.”

If you’re a Christian and you are interested in becoming a volunteer on Transformers, have a look at the frequently asked questions below, which should give you some idea of what is involved. If you have any other questions or queries, or if you’d like to start the process of joining the team, please contact us.

Volunteers will need to agree to the “Ministry With Scripture Union” policy, and apply for extended DBS disclosure. Because of the time the DBS can take to complete, the closing date for new applications is the end of April.

I’m not a teacher, how can I teach an activity?

There are very few school teachers on the Transformers team, so you won’t be alone. You will normally be responsible for up to 3 or 4 young people at a time (that is, probably up to about 8 people in a group, with perhaps 3 team members). During their time in an activity group, the young people will normally attempt to complete a project of some kind, for example, write a computer game, produce or act in a short video, record a song in the recording studio. You may need to help the young people choose a suitable project, either individually or as a group. Some of the team members in past years have written work sheets which may help to suggest suitable projects, and other worksheets can be used to teach a particular skill (for example, the beginners programming course). If you already have skills in a particular area, this will normally decide the approximate area in which you will be asked to help, but we may need you to learn new or brush up on forgotten skills if more young people choose a project in a different area.

In some of the activities, it is tempting for team members to teach by example, that is doing the work oneself, and letting the young people watch. This should be resisted, since for most of the young people, the enjoyment comes from having something to take home that they can claim is (as far as possible) their own work. Sometimes individual projects may combine into a larger project, with some parts contributed by different young people and some parts by team members. That’s fine as long as the young people have particular parts they achieved themselves.

I’ve never really worked with young people before. What help will I get?

A couple of months before the holiday we have a training weekend where training is given on a number of subjects, as well as having a chance to meet the rest of the team and plan for the activities that will be taking place. There is also some time immediately before the young people arrive when there is normally training on some aspect of youth work or leading small groups, which is helpful whether you are used to this type of work or not. For every activity on the holiday, team members are in pairs or larger groups, so you should never have to cope alone. Other members of the team will always be happy to give advice, ideas, and share resources. Do let someone know if there is anything you feel unsure about doing, so that we can make sure you have sufficient support.

You’re still in age range for the holiday as a young person, so please do book! There’ll be plenty of opportunities to give as well as receive. You’ll be welcome to share your faith with the other young people, and we will make sure there are many ways you can do that, to the fullest extent possible. Young people at Transformers have helped others in the technical sessions, been a part of the worship band, shared some of the most effective testimonies at meetings, led bible studies, and been a good witness and friend to the other young people.

Where does all the equipment come from?

Almost all of the technical equipment is provided by current or past team members, or their friends or colleagues. The young people are encouraged to bring their own computers, particularly if they have selected a programming activity, but many are not able to, so many team members generously make their own computers available to the young people. The equipment is kept permanently locked in the school classrooms, with the young people having supervised access. However, if you have a computer which you are willing to bring to the holiday, it would be wise to make a full backup, or at least save any configuration files and secure any confidential information.

Scripture Union has an insurance policy to cover equipment loaned to the holiday. Do talk to one of the co-leaders, or one of the technical co-ordinators for more information on how to include equipment on this insurance, if your domestic insurance does not cover such items when away from home.

Where do I sleep?

Since the holiday is based in a boarding school, much of the accommodation is dormitory based. We try to ensure that married couples are given their own room, which will have at least two beds in it, but they may be study bunks (with desk and wardrobe under a high bunk). Other team members share dormitories with other team members. For obvious reasons, the young people all sleep in single sex dormitories.

The main meals are breakfast, lunch and dinner, which we all eat together, usually in the large dining room of the school. There is plenty of food, and it is delicious. Drinks and sometimes biscuits/cakes are served mid morning, mid afternoon and just before the young people go to bed. Water coolers and a fruit bowl are perpetually available to team and young people. In addition, team members are free to make hot drinks for themselves in one section of the kitchen, whenever they have the time, and there are additional late night snacks for anyone who feels hungry. If you still need more to eat, there is a tuck shop for team and young people to buy sweets during one of the breaks. If you have special dietary needs (for the main meals), these can normally be accommodated.

How is the “spiritual programme” organised?

The worship sessions and Sunday service (when the holiday runs over a Sunday) are holiday-wide activities, with all team and young people together. Team members and some young people may be asked to help with music, reading, testimony, prayers etc. Dormitory bible studies and epilogues are held in dormitory groups which are defined largely by the young people’s ages. There are also spiritual teaching sessions (workshops) which are grouped according to approximate level of commitment of the young people.

What would I be doing on a typical day?

The timetable varies slightly from day to day, and year to year, but normally starts for the team with wake-up call at 7.45am before breakfast at 8.15am. After breakfast, we have a bible study in dormitory groups followed by the first activity session of the day, before a drinks break at 11am. Here there is some free time for the young people whilst the team get together for a prayer meeting. After drinks there is another activity session followed by lunch at 1.00pm. After washing up from lunch, the third activity session of the day leads up to afternoon drinks, after which the main praise and worship session starts, followed by workshop teaching.

After the workshop groups have finished, we have GOSUB, where we close the activity rooms and instead have free time, outdoor sports and board games. This is also the time when music and drama groups often choose to practice. Dinner is at 7pm, and final activity session of the day is at 8.15pm. At 9.15pm (or earlier if the young people are restless) there are a variety of activities including computing free time or board games. On some evenings this is replaced by a one-off activity such as the party. We have an evening drink at 10.30pm, and then epilogue at 11pm for a few minutes, where the team meet with the young people in dormitory areas to make sure the young people are okay and chat with them.

At the end of the evening, a rota of team members stay near the young people’s dormitories to check that they do go to sleep, while other team members go to bed, prepare for activities later in the week, or relax together. As you can see, the day is quite long and intensive, and though there are gaps in the day (for example, after meals if you are not due to be washing up) much of this time will be used to get to know the young people, or to prepare for activities later in the week, or perform odd jobs for which you may have volunteered.

Who is in charge? Who leads the team?

The co-leaders (currently Graham Clinch and Sarah Cooper) are the overall leaders of the holiday, and answer to Scripture Union for all that goes on during the holiday. The co-leaders share the work of planning the holiday with a small group of team members, known as the leadership team. At the same time, other team members (some on the leadership team, some not) are responsible for particular areas of the holiday, such as catering (the Head Cook) and the activity streams, and other jobs which may vary from year to year as required.

How much time is involved throughout the year?

Most training and preparation takes place at the training weekend which runs from Friday evening to Sunday lunchtime, and during the time immediately before the holiday when the team have access to the site before the young people arrive. If you volunteer for certain jobs, these can require some preparation in the weeks leading up to the holiday (for example, if you are leading one of the workshop studies). The holiday itself is eight days in late August, then there is generally an optional reunion in the winter. Of course, there is also time spent praying, etc throughout the year.

YP The shorthand term often used to refer to the “young people”. Old hands may also refer to them as “campers” by accident.

GOSUB The afternoon sports and activities time. The young people are locked out of the activity rooms during this time, and can choose what they wish to do. Team members supervise sports and board games, or just chat with or join in alongside the young people.

COMPUTER FREE TIME (CFT) A short time later in the day when the young people may enter the activity rooms and play (ESRB Teen rated) computer games if they wish. This is not permitted during normal activity sessions. Team members are required to supervise these sessions.

EPILOGUE The late night dormitory group time. The two or three team members assigned to each dorm choose what to do in this time, which may vary from a chat about the events of the day (particularly with the younger ones), to silly games, or in depth discussion of an issue that the young people have raised. Team members will normally need to meet up briefly each day to plan this.

TEAM PRAYER MEETING Does exactly what it says in the tin! Though some people will have special jobs which prevent their attendance, all other team should be there.

PINKSTUFF Essential sustenance for everyone at Transformers. There is a longstanding tradition of serving Pinkstuff for dessert at some point during the holiday. Exactly what it is made of, nobody knows except the Head Cook, hence the name. It has inspired names for computers and even song lyrics!