Almost 30 years ago the Scripture Union Computing and Electronics holiday started up in deepest Norfolk. Having run for many years, the holiday became so successful and popular that it outgrew its site and moved to Abbots Hill School in Hertfordshire.

After further growth we were having to turn many people away and so we decided to split the holiday into two new ones, Transformers and Live Wires .

In 2003 both holidays moved south to Ovingdean Hall School where they ran for the next four years. In 2005 the dedicated catering team on Transformers, some of whom had served on the holiday for over 20 years, retired, and a new Head Cook and catering team took over.

2007 marked a first, in that the two holidays ran on different sites. Transformers moved to Aldro School in Surrey, and Live Wires moved to Chafyn Grove School, Salisbury.

A new chapter began in 2015 as Transformers moved to Knighton House in Dorset, our first site with goats! 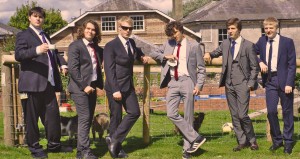